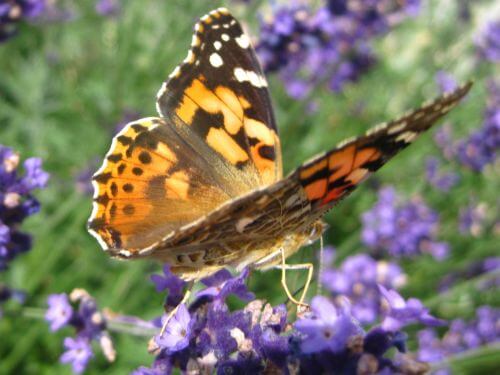 The Tramadol Diaries is undergoing a metamorphosis ...

Exciting news, my chronically pained sisters and brothers! The Tramadol Diaries is about to undergo a major metamorphosis … Read on for more details!

When I first started The Diaries, my idea was to create a site for people who were coping with chronic pain conditions that would be marked by a confessional, conversational, chatty tone. Hence, the word “Diaries.”

The “Tramadol” part was a no-brainer–I knew the whole prescription-pain-medication controversy would be a big part of my message on this site. I wanted to combat all the misinformation out there, give good information to counter the silliness, and reassure others like me who were trying to regain their lives.

The problem? Well, as I found out when I guested on Trudy Thomas’s radio show last fall. Trudy tried to alert her subscribers about my upcoming spot and the word “tramadol” kept getting banned from the copy.

I was flabbergasted at first … then I started looking into my Google Analytics results, digging a little deeper than merely glancing at the unique visits stats. And what I found was a little astonishing. I won’t go into all the technical details but suffice it to say, I realized that Google was punishing me and this site. And it was almost certainly due to the word “tramadol” in both the title and the URL.

So, what had started as an amusing title became the digital albatross around my virtual neck. It was clear I had to do something if I ever wanted to make this site into something more than just another blog about just another woman dealing with just another chronic pain condition.

I had to get radical.

It’s Good to Have Creative Friends

So, I took it to my buddies on Facebook. And the incredibly creative Carolie Brekke from WordMagix came up with the winner: Trauma Doll.

Immediately, I loved it. It’s a cute play on the word “tramadol” and it also creates an image in my mind that I really like: a woman who isn’t about to let a little thing like screaming constant pain stop her from living a gorgeous life!

Still, changing the site name was a big deal. It was also supposed to be the title of the book I wanted to write — the one I have been struggling with for about four years now. So I sat on it for many weeks.

Then it hit me: change the title, and the book’s puzzle pieces fall into place. It was astonishing. Just thinking about the book under this new title made everything that had confounded me — the appropriate genre of the book, its tone, the very content — fall neatly into a cohesive, pretty picture.

That book, the one that was called Euston Arch ? It was a very different book from the book called The Tramadol Diaries , to be sure. But it was a book I really wanted to write. More importantly, it was a book I knew how to write.

So, I did a little research–wanted to make sure I had a clear path to use the name. I did a little pretesting with the “Trauma Doll Thursday” post (a wee bit of misdirection for which I apologize but I wanted to see how it tested, without the baggage that comes with a whole new site) and within the past few days, the rest of the pieces fell into place as well.

And so, the big announcement:

In the next few days, I’m going to be migrating much of the content from this site to a brand new one called (duh) Euston Arch. It’s not quite ready for company just yet, but when it launches formally, it will be located at https://www.eustonarch.org.

Euston Arch will continue to feature all the same kinds of articles and resources about chronic pain that you can currently find at The Tramadol Diaries, but it’s going to be a little different from this site.

How different? Well, for starters:

Along with the new URL, which will become fully functional sometime in the next few days, we’re going to have to make some changes to the social media side of the equation. One such change is already in effect, and that’s the Twitter handle. If you click the “Follow Me” button on the right margin of the Diaries, it’ll give you a link to the new Twitter account @Euston Arch.

Actually, that’s a little misleading. It’s not a “new” account per se. It’s actually the old @tramadoldiaries account. So if you already followed @tramadoldiaries, there’s no need to do anything except just note the new name when sending replies or messages. And if you don’t currently follow me on Twitter, then just click right here and then click the “follow” button.

The Facebook page will (I think) remain the same–I’ll just have to change the name, if that’s possible. (I’m hoping, I’m hoping…) But if it isn’t, I’ll definitely let you know how to go about finding us on Facebook once I’ve gotten it all straight over there.

And that’s it for the social media stuff. I may look into other options later but for now, two accounts plus the new site is about all I can reasonably hope to manage well.

What Do YOU Think?

That’s the big news! What do you guys think? Good plan? Bad plan? Worried? Got some ideas for new stuff you’d like to see at the new site? I wanna know, so spill in the comments!