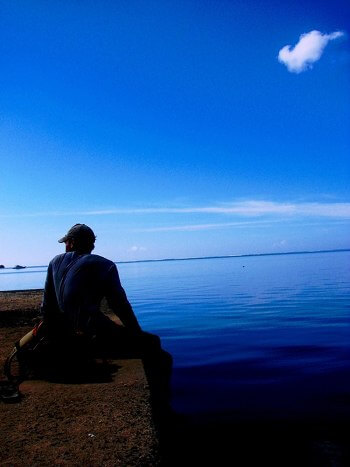 Euston Arch is back in business. (So to speak. Y’all know this site has always been a labor of love for me, my big dreams for it notwithstanding.)

What Happened Back There?!

As you may have guessed, given the wide gap in dates between this post and the previous one, I … er …. took a little break.

The reason why is a convoluted one, but it basically boils down to this: I was consumed by one thought —

I have no idea anymore how to write about pain in a way that won’t bore me silly.

God’s honest truth, y’all. That’s what I kept thinking, over and over:

I am boring myself to tears.

And I convinced myself this was the problem. (Spoiler alert! It wasn’t the problem at all. Read on.)

Let’s face it: talking/writing about pain is just flippin’ hard. I think this is true for many reasons.

First and foremost, there’s the fact that chronic bodily pain is, at some level, totally subjective. Each of us experiences our chronic pain in different ways. There’s no way for us to know with any certainty that we’re talking about the “same thing” when we talk about our pain.

And those numerical scales we’re supposed to use to describe our pain to medical professionals? In my opinion, they’re just marginally better than useless. Your “five out of ten” might be my “eight out of ten” and someone else’s “three.”

There’s also the fact that we’re just hard-wired not to want to talk about it at any length. Our own pain, or anyone else’s. We get burned out on feeling it, and on talking about feeling it. And on listening to someone else talk about it.

Or – in this case – writing and reading about it.

For the last six-plus months, I just could not dredge up one single angle for any pain-related topic that didn’t strike me as trite, tired, already-done-to-death, or just plain boring as hell.

So, I followed my mom’s advice: I had nothing useful and/or helpful to say, so I kept my trap shut.

Or the blog unpublished, as you will.

That existential writer’s crisis is not the sole reason I didn’t write for such a long time.

Other crap happened. Big crap. In point of fact, a huge, steaming, stinking pile of crap.

Namely, I had to move.

In late September, my then-landlord – a sweet and kind young woman with a habit of making every sentence sound like a question, whom I’d come to consider on par with a younger sister – dropped this bombshell on me:

Sooooo … I’m going to have to ask you to move? Because I’m going to sell the house? The downstairs needs to be redone, y’know? So, fifteen days?

It ended up being two months, not fifteen days (crikey, y’all! I mean, can you imagine? Could YOU move in two weeks?!), during which I was all panic and anger and fear.

Digression: Oddly, this turned out to be one of the best things that could possibly have happened. It ended up with my daughter and I safely ensconced into a home of our own – a charming little post-World-War-2 cottage that we share with nobody, which is the first time that’s been true since ’09.

NOTE: I’m going to be writing in more detail about this move in the next post, because this whole experience has, in a way, reshaped my relationship to my body and my chronic pain.

So, all that happened. And I let it keep me away from writing a new post or working on the site at all.

The Twist At the End of the Story

Now, all this seems rational, right? If not entirely reasonable. At least, you can see how this belief that I couldn’t write because I was suddenly, mysteriously struck with the Boring Writing virus coupled with the physical trauma and extreme stress of moving conspired together to keep me off the blog for several months.

Here’s the catch though: all that was basically bullshit, I’ve decided.

It finally occurred to me that I was deluding myself into thinking that my opinion mattered at all. Because, at the end of the day, this isn’t for me. It’s for you, the readers. The only opinion that matters here is yours. If you’re getting something valuable from my boring writing about chronic pain, whether it’s a helpful tip, the knowledge that you’re not alone, or just a good hearty laugh from time to time, then we’re all good and I should keep my big fat ego the hell out of it.

And then, too, there’s this: a lot of what I perceived as “boredom” was just dressed-up resistance.

I didn’t want to be that person thriving with chronic pain.

I didn’t want to feel that pain, to be sure. But that’s true of most of us (except the masochistic among us).

But this was more than that. It was more a feeling of not wanting to carry that label – of dealing with its consequences – of being That Person, the one with chronic pain.

I was tired of carrying it around and having it define me.

So, making up this “it’s booooooring” excuse was just that – an excuse, to get me out of the responsibility of writing about it.

Now, here’s the part where I tell you all about how I came to grips with my chronic pain – AGAIN – and learned to treasure its gifts, how it’s the Best Thing Ever to happen to me, how I’ve learned sooooo much from its many blessings, yadda yadda, etc.

Also: I could make some shit up here along those lines, truthfully (and it would probably pass muster with at least half of you – I’m a gifted liar, at least in writing).

But it would just be nonsense. And false.

So here’s the unvarnished truth:

I’d give just about anything to have my old body back.

Blessings? BAH. You can have ‘em, as long as I get my high-kicking, fully functional legs back.

That’s not to say I always feel this way. Sometimes, I do feel some personal growth that’s taken place over the last 13 years because of this mad dance with pain. Every now and again, I might even feel grateful for the experience, in light of what it’s taught me about myself.

Nah, I’d kick chronic pain’s ass to the curb so hard – harder than a perpetually drunk boyfriend who called me by his ex’s name in bed.

So there you have it. My continued inability to accept the fact of my chronically pained existence kept me off this blog for months.

What can I say? I’m working on it.

And that may be the answer, I’ve decided.

‘Cause the way I figure it, if it’s happening to me, chances are pretty good at least a few of you out there feel the same way.

So, let’s work on it together.