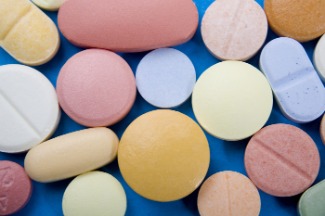 UPDATE: There’s another new link at the end of this piece!

Writing for Alternet, she lays out a sober, sane argument that the media insanity over prescription drug abuse is to blame for an increasingly adversarial “relationship” between doctors and chronic pain patients that echoes what I’ve been saying here for years. (Also here. And here.)

To sum up what we’ve both gone on record with:

Why aren’t we hearing about this? Maia makes a compelling case that it’s about narrative. Simply, the folks who do get addicted to prescription pain meds don’t make compelling “innocent victim” stories.

I think that’s probably true. I think it also has to do with the powerful medical profession lobby, which is (rightfully) appalled and terrified over a growing willingness in law enforcement to prosecute medical professionals over prescription pain meds. They’re scared of losing their licenses — I would be, too — and so they’ve devolved into an adversarial approach to their own patients.

I saw this last year first-hand, in my frustrating experience with my new medical care provider and their in-house pharmacy. (I told that story in three parts — part 1 is here, part 2 here, and part 3 here.) Subsequent to that clusterf*ck, my pain levels increased pretty significantly, and my ability to walk and stand decreased substantially. Over the summer, I had two appointments with that P.A., and at each appointment she asked if I wanted to increase the dosage of tramadol back to 150 mgs twice a day. I said “no.” ( She brought it up, and not in an accusatory way — in a suggestive, “are you sure because I’m OK with it…” way. I said no. I wanted to explore conservative measures for a few more months.)

Well, ultimately, those conservative measures didn’t work, and reluctantly, late last fall, I asked her to increase the dosage.

I didn’t even have to go in that time — she just called it in.

So, in the course of one year, we started with an easy, trusting relationship, immediately regressed to an adversarial one with a whole lot of suspicion, then suddenly back to trustful. And I know, without doubt, I am one of the lucky ones. Many dolls with chronic pain do not even get a chance to improve their relationships with their doctors. It starts off adversarial, it stays adversarial.

I wrote in one of those “This Doll’s Story” posts linked to above that I felt like I was being forced to prove I wasn’t an addict, when the logical, the sensible, the appropriate course of action is to assume I’m not until evidence suggests otherwise.

That’s true of all of us. And this is why we really need to work to educate law enforcement, politicians, and the medical profession about the reality of prescription pain abuse risk. We need to arm ourselves with these statistics and we need to share them, publicly and privately, with anyone and everyone involved in this issue.

Doctors need to lose the pain management contracts — they simply put the patient and doctor in opposing corners and set them both up for that confrontational relationship based on mutual distrust. One possible exception: when there’s objective evidence to suggest the patient is, in fact, misusing prescription drugs … but even then, that piece of paper isn’t going to do a thing to protect the doctor or prevent abuse, because an addict will simply find another way. Yes, the contract arguably gives the doctor legal cover to drop the patient, but they already have that by law. If they’ve done their jobs in keeping good records, nothing else will be required in a court or before the licensing board.

Doctors also need to stop looking at the chronic pain patient with suspicion. We’re not the enemy, folks. We’re just not. Law enforcement intrusions into medical decisions will not stop by clamping down on appropriately assertive treatment of chronic pain. It will only stop when we join forces and educate the police and the prosecutors and the politicians.

And the only way we can do that is to start with statistics, and then speak UP.

UPDATE: There’s another excellent article on how the war on drugs became the war on chronic pain patients over at Huffington Post. Hat tip to reader Shannon from Nip Pain in the Bud for alerting me to it!