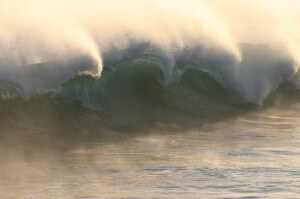 I just wanna throw my hands up and go “UGH” some days.

There’s the micro-level of “UGH” — little mini-waves on the shore of life. The dish disposal grinds to a halt and you have to kneel down on the hard cold floor to reset it with that weird little wrench thingie. Or the kid committed you to 4 dozen Italian Wedding Cookies for the fall festival bake sale at school. And it’s THIS WEEKEND.

Then there’s the macro-level “UGH”: you get a notice from the landlord that he’s sold the house you’re renting and you have to move in 30 days. Or your previously static level of chronic pain suddenly decided to be not so static after all and started degenerating rapidly.

Finally, there’s something I like to call “the Universal UGH.” This is when several mini-ughs, which would have been totally handle-able on their own, or even just one at a time in succession, conspire to take place all at once. Or, well, at least within the same four-to-six day period of time.

Life’s like that, of course. Of course we know that.

But somehow when you’re coping with chronic pain, those mini-ughs — even the micro-ughs — just seem grossly magnified. Full on Monets, as Cher said.

And when it’s a Universal UGH?

But life being what it is, the Universal UGH will show up from time to time. Yes, even for the chronically pained.

Take me, for instance. Right now, I’m dealing with a Universal UGH of fairly massive proportions. I mean, as far as these things go, it’s not on par with, say, the massive shitstorm I dealt with four years back. (Now that, my friends, was a Universal UGGGHHHH.)

But it’s bad enough. It’s got all the usual biblical stuff — y’know, survival, life, death (no lust though, damn it) — and it’s been something I’ve had to weather for several months now. I hope (oh God pleasepleasepleaseletitbeso) that it’s almost over. (Well, either that, or the light I see is, in point of fact, the oncoming train and I’ll be squashed like a bug here any day now. Either way: win/win.)

And I noticed something kinda funny this time around. This sort of escaped me in previous Universal UGH-times, though I’m not sure why. I mean, it’s only logical and entirely foreseeable, when you think about it. So here’s my DUH moment:

When you’re in life-crisis, you forget to manage your health and your pain.

I mean, I FORGOT.

I took my meds, of course, because – well, I’m really not so keen on the whole withdrawal thing.

But it was like I woke up one day recently here and said “Dude. WTF is going on here? I haven’t … ”

Now, I’ve done these things sporadically over the last several months. It’s not like the yoga mat is lost somewhere in the house, buried under a foot of dust bunnies.

But I haven’t done all of them routinely. And it’s that routine that keeps the pain managed.

So, now I’m paying the price. Walking my child to the bus stop (a mile total, most of it on a steep incline) has become a serious physical effort. I fear I have gained a little weight. (OK, more than a little.) My blood pressure is up (yes, I’m taking my medication). I feel scattered throughout the day, and — duh — I hurt more.

Why on earth do we do this to ourselves? We know better. And it’s not like we don’t have immediate and noticeable proof that this stuff works. And yet, when times get tough and we arguably oughtta be doing more of this stuff, instead it’s the first thing that goes.

WTF are we thinking?!

WTF was I thinking?!

Back to the grind, dammit. I might not be able to resolve the UGHs but I can damn sure make certain I don’t hurt any more than absolutely necessary while they’re paying a visit.

2 thoughts on “Back to the Grind”