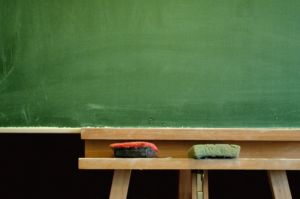 Even bad experiences can teach us something about our chronic pain

I’d been accused of pharmacy-shopping, apologized to and then ignored, was on the brink of withdrawal, and found out I’d lost track of 21 tramadol pills.

But somehow, probably due to the power of email, we finally got on the same page and I picked up the remainder of a one-week supply on Saturday afternoon.

Almost one week later, I found myself back in the clinic’s waiting room, anxiously eyeing the clock. It was my first appointment since the whole kerfuffle went down, and I was understandably nervous. I didn’t know how much my P.A. had been told about the various head-butting and misfires, which meant I didn’t know how to approach the whole thing. Should I start off with a complaint? Should I pretend like nothing had happened and then do a “now, about last week” thing at the end?

As it happened, I needn’t have worried. She brought it up, right off the bat, after the preliminary “how are you doing?” inquiries. Now, I should be clear here: the P.A. wasn’t confrontational or rude. She was very polite, she listened actively, she took her time … overall, I had no problem with the P.A. during this visit, except for the script she’d apparently been handed right before my appointment.

First, I brought up the issue Dr. C had raised with me: that the medication should have lasted to the end of the month. “I did the math, so to speak,” I said to her, “and it wasn’t exactly as it had been represented to me. I was actually short 21 pills, which is five days plus one pill.” I went on to explain the two possible times I remembered in which the pills could have been taken.

She listened politely, and cleared her throat when I was done. Here’s what she rattled off to me next:

Well, the hits just keep on coming, don’t they?

I toyed with the idea of tearing down her spiel, point by point (which had been read off to her by one of the doctors, I’m guessing, during a staff meeting about that horrible patient who kept calling and emailing last week…). After all, tramadol is not anything like Percocet; it’s nonnarcotic, even though it does need to be tapered off to avoid withdrawal; and seventeen states isn’t even half, and our state isn’t one of the seventeen, so what does that have to do with the price of tea in China? And don’t even get me started on pain management contracts or why I’m being held hostage by my former doctor’s willingness to fax over hundreds of pages of medical records.

We went through a pain evaluation survey, and when I mentioned muscle spasms that I’ve been experiencing lately, she offered me Flexeril. I found that really strange. If they were so worried about me and my drug use, why suggest an additional drug? One of the riskiest of risk factors in pain medication abuse is mixing drugs like pain relievers and muscle relaxers — say, for instance, tramadol and Flexeril. Yet here she was bringing it up, after all the fuss about the quantity of tramadol I was (supposedly) taking. (Truth: I am NOT complaining. One Flexeril at night has turned out to be a godsend for me in terms of guaranteeing me a good night’s sleep.)

Overall, I left rather stunned, and unsure what to think or conclude. On the one hand, there’s “every two weeks” and a pain medication contract. On the other hand, there’s proffered Flexeril and a very mild-mannered approach.

I debated with myself for a few days about what to do. I could have complained to the layperson director of the clinic’s board, but there was that possibility the clinic would simply dump me as a patient. I finally decided the best approach was to go ahead and keep the two-week appointment, but at that exam, show the P.A. my pain log and explain the nature of the hardship they were placing on me.

Two weeks later, I marched in armed with my pain log and my medication bottles, and a printout of the costs to me, compared with my limited income, to be required to come in every two weeks. The exam portion of the appointment went just as smoothly as the prior one had, and as she was wrapping up and segueing to talking about my next appointment, I said, “Well, I wanted to talk to you about that…” and prepared to go into my rehearsed speech about how I should have earned a little trust here by now …

And she cut me off and said, “Yeah, no, you’re fine. I’ll see you in a month.” When I picked up the refill, it was for a month, with a one-month refill.

Exactly what she’d given me the first time I ever saw her.

It would kind of be funny if it wasn’t so infuriating, I think. What changed between the prior visit and this one? What justified changing the two week schedule to a monthly one? I hadn’t even gotten around to showing her that I’d been responsible with medication. She didn’t have the old records yet (I know that because they asked me to sign yet another release because they “couldn’t find” the one I’d signed the first time I saw them), and that was the rationale she’d offered for the bi-weekly requirement.

So what was different?

Or am I to conclude that this clinic simply runs on whim?

Granted, there are a number of potential explanations in between those two extremes. I am likely never to know with any certainty.

What I am certain of, however, is that even in such an infuriating situation, in which things were done to me, as opposed to things I did , there are lessons to be learned:

So, there it is — the sordid tale of my experience being unfairly accused and suspected of drug addiction or, at the very least, prescription medication abuse. I appreciate the ongoing comments of support and empathy, but I also hope you pull something of value out of this story. Something like this could happen to anyone. And the horrible part of it is that you cannot prove you are not an addict. Then again, unless you demonstrate a pattern of abuse indicators, you shouldn’t have to prove anything.

Until reality catches up with that ideal, though, I’m counting my pills and filling out my pain log, every damned day.

One thought on “This Doll’s Story – Part 3: Painful Lessons and a Mini-Rant”