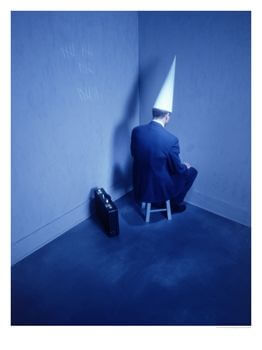 S o, you may have noticed that I haven’t been blogging recently …

OK, so it’s true. Every time I checked this site over the last several months, and saw that “October 26, 2010” entry on the last post, I threw up a little in my mouth. Guilt, thy name is blogger.

Here’s what’s been going on.

Readers who’ve been around for a while might recall that I posted a cringeworthy confession of sorts last summer, admitting the dire straits that chronic pain had thrown me in over the last few years. I’m happy to report that I was able to avoid the homeless shelters—on occasion, by the skin of my teeth, but still, I’m proud of that. I wound up near Asheville, North Carolina, where I’ve longed to live for many years. I’m proud of that, too.

And I’ve started making a little money—enough to pay (barely) for a place to live for myself and my daughter and the necessaries (food, gas, etc.). I’m by no means out of the woods, but overall, things are definitely on the upswing. I’m extremely proud of that.

And so the next question became “What’s next?” It’s a new thing with me. Thank you, Aaron Sorkin and West Wing .

And whatever would turn out to be the next thing … well, it was clearly a crucial choice I was facing. I considered some options. My novel was almost finished late last fall when the computer crashed and died a horrible death, causing me to lose all but the first six and a half chapters. (That actually turned out to be a good thing, because it forced me to reevaluate the plot, which in turn led to a much stronger story.) So, I started working on it again a few weeks ago, and now am up to Chapter Nine. Yay me!

But let’s be realistic. As my friend Lex says, “Expecting to pay your bills by selling a novel is like counting on a winning lottery ticket.” Well, she’s mostly right (though there’s a good bit more control inherent in novel-selling than in gambling, thank God).

So, I also applied for the scant few jobs I heard about that I could feasibly do, given all my myriad “issues.”

Ooh. Humorous anecdote time: When my daughter was about three, her dad was struggling one day to get our Norwegian Elkhound, Thor, to stop begging for food – unsuccessfully, of course. Exasperated, he said, “Dog, you’ve got issues.” Princess (who was actually shorter than the dog at this point) looked down at Thor’s paws and back up at her dad and said, confused, “Daddy. Thor don’t got shoes. Thor got FEET.”

Well, my issues notwithstanding, I had no luck with the job-hunt. After a lot of soul-searching, and with a huge surge of will to overcome my irrational resistance to the prospect, I made an appointment with a disability lawyer. That’s pending, and it’s another post entirely.

Still, that process takes forever. Something like 80% of all applications are denied initially. It can take years. That doesn’t put the ramen noodles on the table.

And I kept coming back to this site. To that book I’d planned to write so long ago. Now, I confess, I also kept coming back to all those other great ideas for books I had along the way. You see, I’ve come to realize something about myself: I do not lack ideas. I lack commitment to a single idea.

It’s not a conscious choice. I mean, I’m aware of this fault, and I try to put everything else aside so I can concentrate all my efforts on one undertaking. It’s just that … I don’t know. The other ideas – whatever I’m not working on – start to look so much better than the project at hand. And I second-guess myself. A LOT.

“Hey, You Crazy Kids—Get Off My Lawn”

Ultimately, what finally persuaded my rational mind, at least, to get its ass off the fence and firmly in the middle of the Tramadol Diaries yard was the logic of it. This site – that book – this project – it’s so much further along (believe it or not) than all those other potentially brilliant ideas. And the need is immediate.

So. Here I am. Back in the blogger chair, my blogging hat firmly pulled down tight on my head, my blogging blinders squarely affixed thereto, in order to block out the enchanting brilliance of all distractions.